Below we have some more examples of Prepositions of Place:

In front of
A grup band plays their music in front of an audience.
The teacher stands in front of the students.
The man standing in the line in front of me smells bad.
Teenagers normally squeeze their zits in front of a mirror.
Behind
Behind is the opposite of In front of. It means at the back (part) of something.

When the teacher writes on the whiteboard, the students are behind him (or her).
Who is that person behind the mask?
I slowly down because there was a police car behind me.
Between
Between normally refers to something in the middle of two objects or things (or places).

There are mountains between Chile and Argentina.
The number 5 is between the number 4 and 6.
There is a sea (The English Channel) between England and France.
Across From / Opposite
Across from and Opposite mean the same thing. It usually refers to something being in front of something else BUT there is normally something between them like a street or table. It is similar to saying that someone (or a place) is on the other side of something.

I live across from a supermarket (= it is on the other side of the road)
The chess players sat opposite each other before they began their game.
(= They are in front of each other and there is a table between them)
Next to / Beside
Next to and Beside mean the same thing. It usually refers to a thing (or person) that is at the side of another thing.

At a wedding, the bride stands next to the groom.
Guards stand next to the entrance of the bank.
He walked beside me as we went down the street.
In this part of town there isn’t a footpath beside the road so you have to be careful.
Near / Close to
Near and Close to mean the same thing. It is similar to next to / beside but there is more of a distance between the two things.

The receptionist is near the front door.
This building is near a subway station.
We couldn’t park the car close to the store.
Our house is close to a supermarket.
On
On means that something is in a position that is physically touching, covering or attached to something.

The clock on the wall is slow.
He put the food on the table.
I can see a spider on the ceiling.
We were told not to walk on the grass.
Above / Over
Above and Over have a similar meaning. The both mean “at a higher position than X” but above normally refers to being directly (vertically) above you.

Planes normally fly above the clouds.
There is a ceiling above you.
There is a halo over my head. 😉
We put a sun umbrella over the table so we wouldn’t get so hot.
Our neighbors in the apartment above us are rally noisy.
Over can also mean: physically covering the surface of something and is often used with the word All as in All over.

There water all over the floor.
I accidentally spilled red wine all over the new carpet.
Over is often used as a Preposition of Movement too.
Under / Below
Under and Below have a similar meaning. They mean at a lower level. (Something is above it).

Your legs are under the table.
Monsters live under your bed.
A river flows under a bridge.
How long can you stay under the water?
Miners work below the surface of the Earth.
Sometimes we use the word underneath instead of under and beneath instead of below. There is no difference in meaning those they are less common nowadays.

Under is often used as a Preposition of Movement too. 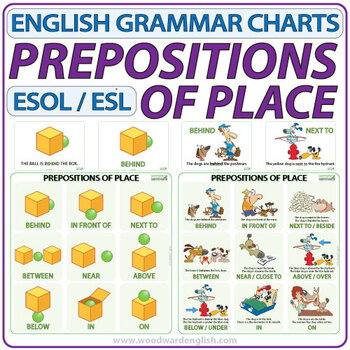 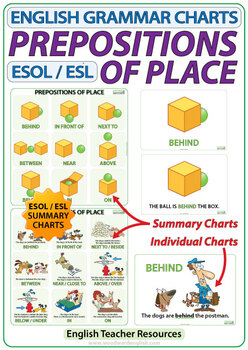